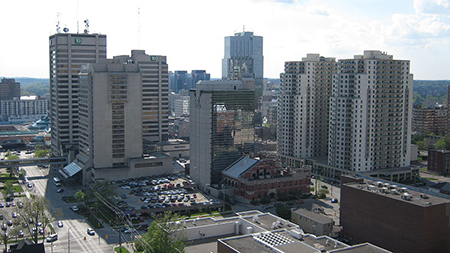 In the article I posted last week I talked about what the election of Doug Ford could mean for the price of houses in London. While that post discussed what may or may not happen if the Foreign Buyers Tax gets rescinded, it did not speak about why the current prices of homes in London and surrounding area have continued to rise.

Following the imposition of the Foreign Buyers Tax in Toronto and the introduction of the Mortgage Stress Test in January 2018 most cities in Ontario experienced a cooling of their housing market. Indeed, Toronto experienced the first decline in home prices not witnessed since 2009. Toronto’s declining home prices reflected a national trend, as according to the Canadian Real Estate Association (CREA) average house prices in Canada were down 6.4%. Indeed, the CREA lowered its forecast for national real estate pricing to a decrease of 11 percent in 2018.

I can personally attest to the continual rise in home prices. In July of 2017 I helped a family purchase a home for 510k. The family has now opted to upgrade and their house just appraised for over 600k. In many other instances of mortgage re-finances I have found appraisals (which are based in large part on comparisons of neighborhood sales) have been coming in much, much higher than expected. It has not been out of the norm for an appraisal to come back 10-15 percent higher than expected.

So why is London and surrounding area bucking the National and Provincial sales trends?

One reason for the continual rise in home prices is a lack of supply. According to the CREA, although the prices of homes rose substantially the amount of homes sold in London and St Thomas decreased in an almost parallel fashion. The total number of listings in London was down 7.7 percent compared to May 2017, and down 44.6 percent compared to May 2016. This trend was even more prevalent in St Thomas as total number of listings in May was down 12.3 percent.

While lack of supply has been a dominant factor in London and area’s continued rise in prices, the central and most important reason for the rise in prices is that the area’s market has been undervalued for years and is now finally catching up! Many have noted that although London has been undervalued, its diverse workforce, relative proximity to both Toronto and the United States and relatively stable economy make it highly desirable to home purchasers.

London's rising prices are likely to continue for the foreseeable future. According to local expert and Real Estate Agent Taralee Weckert of Century 21, “In a Real Estate market there can be ups and downs but they dont normally last more than 5-10 years average that’s why It’s always good to buy Real Estate or land. Our country keeps growing and the amount of people moving away from the Toronto & GTA and moving into London isn’t slowing down. So better to start looking and pay less now than pay more in the future."

As long as the amount of home buyers in London and St Thomas continues to outpace supply, expect to see the value of London and area homes going up and up and up! 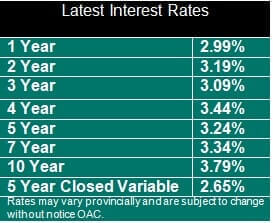