Will 2019 Bring an End to London’s Housing Boom? 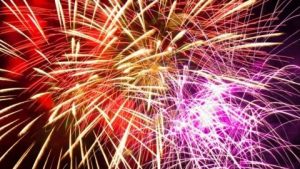 Happy New Year to Everyone!

With the New Year getting started there are two main questions being asked of me by the majority of my clients: 1) Are interest rates going to go up? 2) Is it better to buy now or wait? Will the Price of London Housing keep rising?

Looking forward these are important questions to consider as people attempt to plan for the biggest purchase they will ever make. In most times the two questions are interconnected, but these are not most times – we’ll get to that later.

Throughout the Summer of 2018 the Bank of Canada (BoC) was itching to raise rates in order to a) keep our inflation rate low, as Canada economy’s continued to speed up, and b) add to the growing list of tools being used to cool the housing market.

Yet the BoC was forced to wait until the NAFTA dispute was settled, as NAFTA’s demise would have certainly spelled economic disaster for Canada.

Following the announcement of the USMCA the Bank promptly raised rates and the issue was thought to be settled.

Understanding this the BoC has been reluctant to engage in another round of rate-hikes. Indeed, at the time of this writing the BoC announced it would hold rates steady for the time being.

While many analysts had been predicting three or four more rate hikes in 2019, the uncertainty of the U.S. economy, and its political system, and its direct impact on ours, will ensure the BoC will carefully consider its actions prior to any interest rate hikes. Indeed, there is already talk that interest rates could see a cut if the situation in the U.S. worsens much more.

On a side note, anyone that tells you with precision what is going to happen with rates is lying to you. A client of mine told me that an advisor at a Big-Bank-to-Remain-Nameless stated that interest rates would definitely go up three times this year – I was floored – I guess his crystal ball is working much better than the rest of ours.

In an attempt to, among other things, cool the national housing market the Bank of Canada introduced a number of interest-rate increases throughout 2018. While this did help, to one degree or another, cool the major housing markets of Toronto and Vancouver, London’s Housing market didn’t even blink.

Indeed, London remained the fastest growing housing market in Canada by the end of August 2018.

As I have written elsewhere, London’s proximity to Toronto, flush with cash buyers who have just sold their homes, leaves us relatively unscathed (depending on your viewpoint) by interest rate hikes. While the rate increases that characterized 2018, combined with new Stress Test requirements, certainly shut out many finance buyers, cash buyers from Toronto were only too happy to pick up the slack and drive up London’s housing prices further.

If rates continue to remain relatively stable compared to 2018 then expect London’s market to keep on going at record paces. If they rise moderately, which many are expecting (with caveats, see above), then it is still likely that a lack of supply combined with increased demand coming from Toronto will force prices up even higher. If rates fall, watch out.

If you are thinking about obtaining a mortgage (Approval, Pre-Approval, Refinance, etc) then please do contact me, Call or Text 519-860-2102 anytime, and we can go over your options.