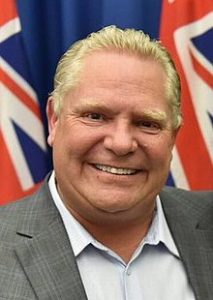 Premiere-designate Doug Ford was elected with a 76-seat majority on June 7, 2018. So what does this mean for housing prices in London and surrounding area?

In the Spring/Summer of 2017 London and area homeowners saw the values of their homes rise dramatically as many from Toronto sought to escape the surging home prices that saw the Toronto market rise over 10 percent in a period of months. Given the increase in demand for homes Londoners were suddenly inundated with multiple offers and booming house prices. Indeed, according to the CBC, while the average price of London homes was 284,000 in 2016, the average by September 2017 was 339,000 – a substantial increase.

In an attempt to cool the Toronto housing market, then-Premiere Kathleen Wynne introduced the Foreign Buyers Tax on the Toronto market. This measure reduced demand for Toronto housing, thus decreasing prices. As a result the London market also cooled, though not as drastically.

According to London Real Estate Expert Taralee Weckert of Century 21, “When the foreign buyers tax was introduced, in London, the biggest change we noticed was that the amount of properties for sale on the market dropped by close to half over 2016. It has still stayed a seller’s market with most homes selling with multiple offers. So even with the Foreign Buyers Tax in place it is still pushing our first time home buyers out of the market and making it harder for others to own more than one property.” Even with the introduction of the Foreign Buyers Tax we still witness a continual rise in London’s housing prices

By spring/summer of 2018 the London housing market was continuing to see multiple offers and rising home prices.

Enter the election of Doug Ford.

In March 2018 Doug Ford declared his opposition to the imposition of the Foreign Buyers Tax. In an interview with The Globe and Mail Ford noted, “I just don’t like the government getting involved. I believe in the market dictating. The market, no matter whether it’s the stock market or anything, it will always take care of itself − supply and demand.”

So what does this mean for the London and area housing market if Ford opts to repeal the Foreign Buyers Tax?

Laws of supply and demand tell us that the removal of the tax will increase demand for Toronto housing as foreign buyers re-enter the market. An increase in demand without a parallel increase in supply will lead to rising house prices.

If 2017 taught us anything it is that when Toronto home prices rise dramatically buyers look to London as a less-expensive alternative. Indeed, not only does London have the boomers from Toronto , flush with cash from their recent house-sale retiring in London, but also families who do not mind exchanging the long commute for relatively in-expensive housing.

All things being equal, if interest rates maintain their current levels (a big IF) and Ford repeals the Foreign Buyers Tax expect a drastic surge in London home prices as Londoners will again have to compete with Toronto buyers for a piece of the London market.